Once upon a Christmas, Santa brought me my first camera, a Kodak Brownie Starmite. I’m not certain what it was about photography that captured my attention when I was so young, but it has been a lifelong passion. The challenge, from the beginning, somehow was not to just snap pictures, but to communicate an emotion – a feeling.

That camera was set aside for the teenage years of 110s – which was never satisfactory. My first 35mm, Nikon K1000, opened a whole new world to me. I was intent upon learning to master a manual camera. Before long I discovered Ansel Adams and I was fascinated by his work, including his Zone System. I began to understand how to play with light to communicate the message I had in mind.

So this is the beginning – a love of photography. A fascination with the art and the science that goes into creating an image that evokes feeling. But how did this turn into elizad?

When I moved into digital photography (a bit reluctantly) I needed to learn Photoshop. I began working with vintage photographs as a way to learn how to manipulate images within Photoshop. Before long, people began to ask me to work on their vintage images and I fell in love with their stories. Recovering an image for them was incredibly rewarding.

I realized that capturing memories through photography was not quite enough. Those images needed to be shared, displayed, bound into books, presented in some way so that they are accessible, retrievable. Providing photos for him was almost like providing the memories he was losing. I realized there is an art to being able to recall information

Now my mother in law is in her final stage of dementia and the message is a poignant today as it was when I wrote my first post. Our memories are fragile. Our photographs capture the moments we don’t want to forget. Guard those memories. Share those memories. Tell your stories. There is an Art of Recollection. 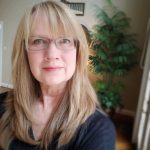