Here is another project for the assisted living apartment we were setting up for my father-in-law.  The image I was working from was about 3×5 and was printed on an consumer grade ink jet printer several years ago.  Even the scan was better quality than the original image. 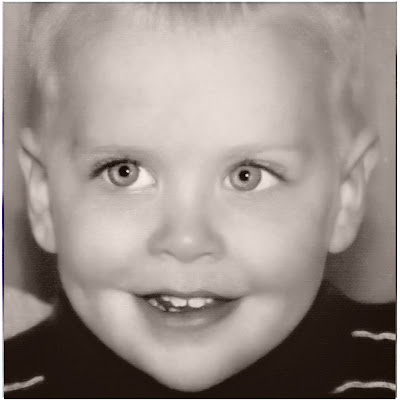 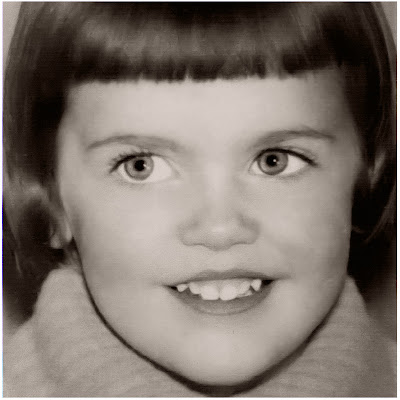 I wanted these two little faces to be the first thing my father-in-law saw when he walked into his new apartment.  After cleaning the image up and changing it to a soft black and white, I created two images, enlarging just the little faces of my husband and sister-in-law.

I tried two sizes, one 16×16 and the other 12×12.  While I originally planned for them to be canvas gallery wraps, I didn’t like them standing away from the wall that much.  The apartment is just too small for that.  Instead, I found these frames at Archiver’s in Memphis.  They are unfinished pine frames, designed to be embellished.  However, for my use, a semi-gloss black spray paint was not only quick, but also just perfect.

And yes, these little faces were the first thing he noticed when he walked into his apartment…. 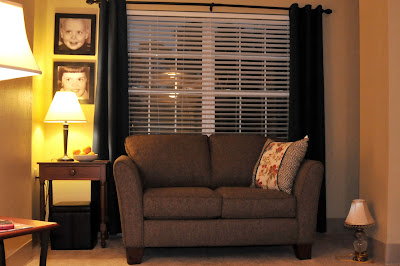