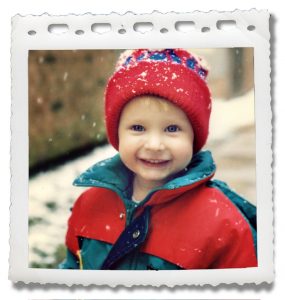 We don’t get much snow in Memphis, and the snow we do get is typically gone within a couple of days if not a couple of hours.  However, we haven’t always lived here.  As a matter of fact, most of our family’s life has been spent in states in which there was plenty of snow.
I remember all too well those mornings when the snow was falling so quickly that the only hope you had for being able to get your car out of the garage was to shovel. Then an hour later you would shovel again, and again….and again…..all day….however long it took…..until the snow stopped falling.
The shoveling-snow-while-snow-is-falling illustrates the last two months of 2012 in our house.   Our son got his first out-of-college job and relocated.  Our daughter decided to move out of state to be closer to her boyfriend.  Our house felt like a going out of business furniture store as we shared furniture and other household goods with them.  Each move of theirs left holes, not only in rooms in our home, but also in the hearts of parents who were quite spoiled with having their children close by.

As we shifted furniture, reorganizing as we went, it seemed that we would never get to a place to pause and rest.  (much like when that snow keeps piling up).
However, the rearranging and reorganizing hasn’t lasted forever.  I am happy to say that I have that illustrative driveway mostly cleared – meaning only one more large project in the works.
With all these projects winding down, and Christmas surprises  my clients had planned revealed, I will now be able to share their photo projects as well as a few of my own.
So, for today, if you have snow on the ground, play in it.  And if you don’t have snow, declare it a ‘sNo Day and play anyway!  These moments are precious!
BTW: Have you ever made Ivory Snow “snow”? If not, give it a try.  Smells great and makes the cutest little snowmen!  Ivory Snow “snow” directions

These are our children in Feburary 1991.   Children delighting in the beautiful snow. And, as always, Mom with a camera.  Some things never change 🙂