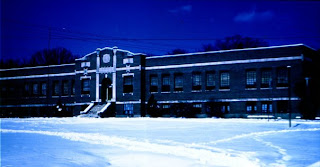 This a bit of a different project for me.  Rather than a photograph of people, restoring a place was also an interesting project, especially since this is where I went to school.  I was not able to work from the original photograph.  Instead it was from a low-resolution scan, so the end result is much more pixelated than I would like.  Nevertheless, it is still a marked improvement over the original, which had lost all of the original color information except for blue. 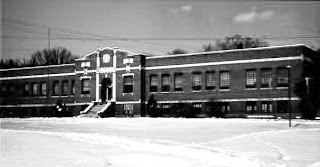 I wanted the result in black and white so that it would be a nice companion piece for a retrospective storyboard I’m working on.

If you are considering which photographs to have restored, don’t neglect the environmental.